What Automation Gets Wrong – Humans Must Be Kept in the Loop

Automation is Changing the Human Experience

Since the industrial revolution, advances in technology have made our lives easier and less mundane. Technology has increasingly automated tasks and repetitive processes that it can accomplish quicker and more efficiently than humans. Some would hope we could automate away all the hardships of life. However, autonomous systems need humans now more than ever to step in when action and on-the-fly thinking really matters.

We are now entering a swiftly accelerating era of automation where human-machine collaboration is seamless. Automation is everywhere, or as Marc Andreessen stated, “Software is eating the world”. Humanity coupled with real-time, intelligently-automated systems will change everything for the better, but only if we are proactive in how we collaborate with these systems.

Part of the world is anxious we are headed towards a Hollywood version of the future (think Matrix, iRobot, and Terminator) where machines have completely taken over. The other part is excited for a “new frontier” of technology where technology handles everything, creating perfect utopias while we sit back and enjoy the ride.

As great or entertaining as either of these predictions sound, technology and machines require the human element. Conversely, we require the help of technology to create smart, scalable ecosystems. This marriage of humans and technology, or human-machine collaboration, is here to stay and evolving daily, creating a worldwide ecosystem of hybrid, intelligent automation (IA).

What Automation Gets Wrong

Even with all of the advancement that has happened with automation, failure is still probable. When we blindly trust an important system or overlook a vital glitch, major consequences take place. The Boeing 737 MAX crashes are recent examples. The 737 MAX Maneuvering Characteristics Augmentation System (MCAS) did not allow the pilots to take control of their aircrafts when they began to nosedive, disabling their ability to provide the human component. Automated systems must have control fluidity with humans in real time to be truly successful and safe. Delay or blockage in communication between humans and systems cannot be afforded.

In 1983, Soviet Air Defense Forces officer, Stanislav Petrov, prevented almost certain nuclear disaster when he suspected that the nuclear early warning satellite system was incorrectly warning of a nuclear attack. With no technology to back up his theory at the time, Petrov inferred that the attack would not begin with a single missile that the satellites were reporting, but rather a myriad of missiles. He was correct. The faulty warning was a result of solar flares reflecting off high-altitude clouds.

By using his insight on current events, empathy, and reason, Petrov saved millions of lives, if not humanity as a species. Automated systems are a great feat of technology, but they are not infallible. Nearly four decades later, automated systems require humans to be directly and instantly involved even more.

Up until this point, our interaction with technology has been mostly command based. For instance, you ‘command’ Alexa to play a song, your phone to text a friend, or your TV to turn on. Intelligent automation is making this communication more integrated with our daily lives. For example, search engines now suggest other forms of your search query (Natural Language Processing (NPL), Google) and make inferences from your search behavior, route navigators suggest alternate routes if you are driving in heavy traffic (Waze), or media software can create custom playlists for you based on your listening behavior (Spotify).

Our Normal Is Currently In Flux

Our normal is once again about to change as it did with the inventions of the internet and personal devices. Real-time, autonomous systems will act as central nervous systems (CNS); sensing, analyzing, and acting as events are happening, making us the decision makers at the right time when it is most important.

Proper hybrid automation is not only notifying us when something happens, but also determining when we should be decision makers. When human intervention is needed, it provides contextual awareness for us to take proper action. For example, a hybrid autonomous system for a city can utilize cameras and microphones to sense heavy traffic, collisions, disasters, or crime. If a gas leak occurs, the system analyzes data in real time: number and location of people in the area, wind speed and direction, fire hazards, traffic, etc. Using this information, it can provide the emergency response team with the safest angles of approach. The emergency personnel can then make a quick, informed decision when seconds matter. As they approach, the system can close gas lines to protect surrounding areas and manipulate traffic signals to clear traffic. Meanwhile, nearby citizens can interact with the system, choosing possible escape routes highlighted by the system and notifying the city they are safe.

From Field Operations to Remote Monitoring

Humanity is shifting roles from operating devices and tools in the field to monitoring entire systems via Internet of Things (IoT) and real-time applications in Operations Control Centers (OCCs). A major benefit of this shift is the our ability to control multiple areas at one time safely and remotely.

Imagine if, before the Paradise Camp Fire in 2018, California had an intelligent automation system with that was able to detect a downed power line and alert operators in an OCC to investigate. The operators could have deployed emergency services and launched a drone to monitor and asses the situation, determining that there was a fire that needed a response. A disaster could have been prevented by someone in front of a monitor hundreds or thousands of miles away while sipping their cup of coffee. 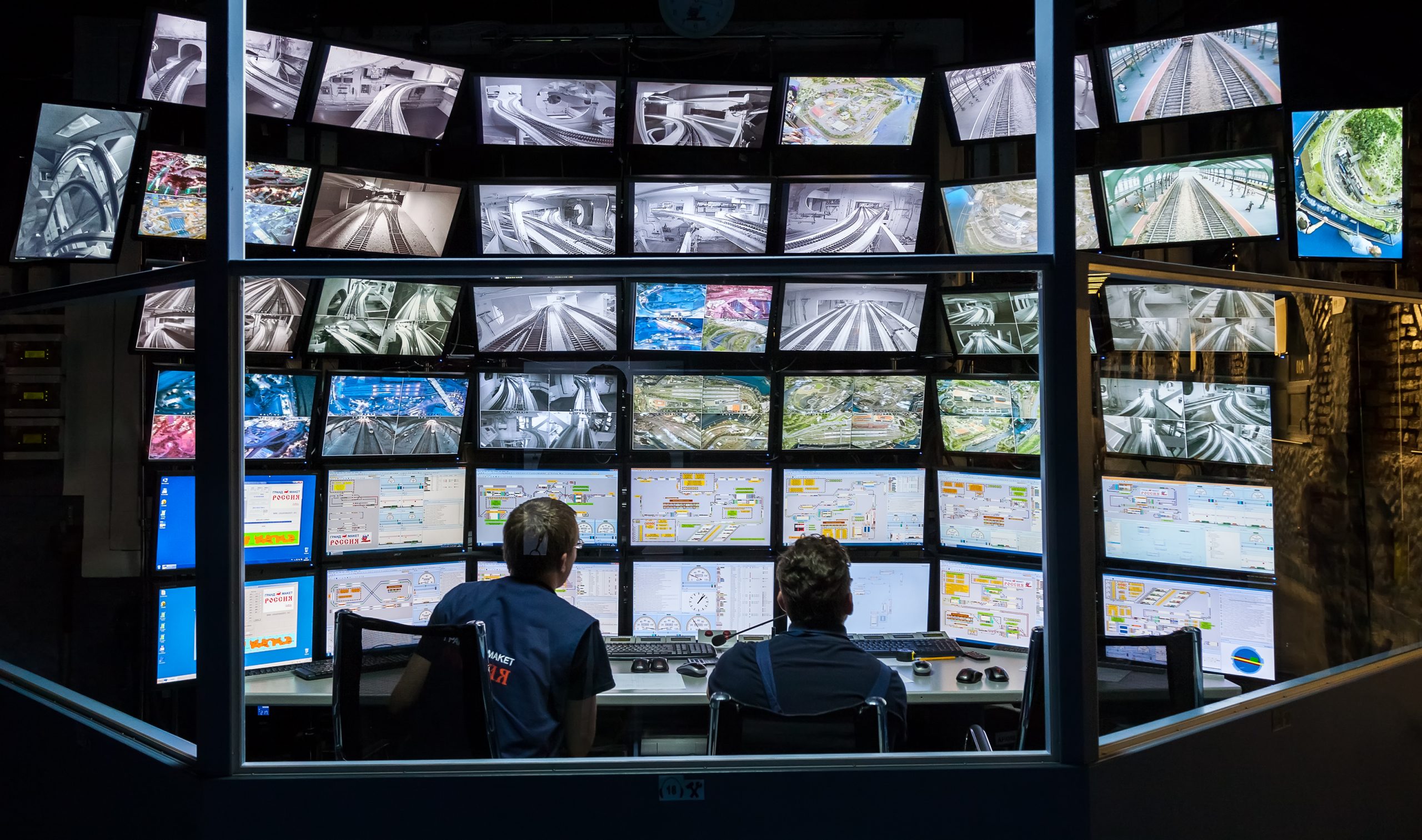 The anxiety that we will be replaced by intelligent automation is misplaced, although it is never wrong to be cautious as we move forward. Our relationship with automation is mutualistic. We are relying on it to sense, analyze, and operate, and it is relying on us to act, create, innovate, monitor, and apply our human intuition.

We must be thoughtful in how we create systems that further automate our world. Obviously, there are many benefits of intelligent automation, but humans must be kept in the loop. Systems that combine the strengths of automation and human intelligence have the potential to save, prolong, and improve countless lives and eventually, maybe, create a technology-enabled utopia.