Opportunities For Real-Time Apps In The Public Sector: A View From Two CA Government Veterans – Part 2

In this second of a two-part series, we chat with former state of California officials Paul Benedetto and Kevin Matsuo about their perspectives on the challenges facing California as a result of COVID-19, and how technologists might think about working with the public sector during a time of both retrenchment, and reprioritization. Answers have been edited for brevity and clarity. (You can read part one here.)

Q: Paul, Kevin, thanks for being with us again. Can you share with our readers your perspective on the impact of COVID-19 on the State of California’s priorities?

Kevin: State officials are dealing with a bunch of competing priorities right now. They’re looking at cuts across the board. [Editor’s note: Because of COVID, California state went from a projected $6 billion surplus in January to an estimated $54.3 billion deficit.] At the same time, you have a state workforce that, pre-COVID, had 90% of workers coming into state buildings every day to do their jobs, to 90% of people working from home. So the state is trying to figure out, How? How do we get those people working from home productive? How do we give them the resources and tools to work from home? The impact of COVID on state government is huge, this year and into next. We’re seeing furloughs, we’re going to see hiring freezes. We’re seeing early retirements.

Paul: I really think everything depends on COVID, and it depends on how quickly we can jumpstart the economy. We have to shift everything from how we used to work to how we’re going to work. That takes time. It takes money. And it takes a thoughtful approach that each of the directors and chief deputies of the state departments are going to have to have as they address their departments’ ability to service 41 million Californians.

Q: It doesn’t sound like a great time to propose new technology initiatives to the public sector. Do you see a way forward for the kinds of real-time, event-monitoring applications that VANTIQ and its partners can provide?

Paul: On the one hand, big picture, California was on a course to try to push broadband digital education out to all the communities. The view has been, everything has to be created equal. Because you don’t get to smart cities or smart government if you can’t provide digital services across the board. Broadband and technology, in general, right now aren’t equal. So, without equal access to information and technology – to “digital means” – you can’t have a smart government.

At the same time, COVID is going to give Governor Newsom an opportunity to reimagine state government according to his vision.

Kevin: Now, more than ever, there’s a dramatic increase in reliance on technology because of COVID – whether it’s providing access to collaboration tools or delivering “citizen-centric services” virtually and online. A lot of times in government we tend to ask, what’s best for government? But we really need to look at it from a different lens, which is how the state of California is starting to look at things: How do we provide these “citizen-centric services,” because that’s what we’re in business for.

Paul: So all the IoT devices, the sensors and the real-time apps that VANTIQ and its partners can provide, that’s good in terms of helping government ingest data and make the right decisions and run more effectively. But the second part, and just as important, is to make sure citizens have the opportunities to grow and to benefit and to prosper from that data as well.

Imagine providing to both government and to the people, in a real time manner, that certain specific streets are impassable. Or, there’s a fire in this area – so what’s the new course of action? What’s the situation after an earthquake and how do we use that to run but emergency response? We’re having high tides in this area, so don’t go down Highway One between Santa Barbara and Ventura.

Q: So it sounds like a time of retrenchment, a time of reprioritization, and yet also a time of opportunity for technologists who can help the state figure out a new way forward.

Paul: Read Governor Newsom’s book, Citizenville: How to Take the Town Square Digital and Reinvent Government. I think this governor is going to be highly responsible for innovation. This is a chance for him to take his book and overlay it on the state of California. He wants to flip state government on its back and start being the provider of digital services that he believes we need to be to help our citizens.

Q: So who’s responsible for innovation in California? And what are the problems technologists should be prioritizing in order to help?

Kevin: It’s top-down, it’s bottom-up, and it comes from across the organization in any given program area. Typically, the program areas will drive innovation but hopefully have a close relationship with their CIO. So I think it comes from all directions. And many CIOs in state government are really creative and are thinking about citizen-centric services.

Paul: Governor Newsom has an Office of Digital Innovation, and they are thinking about what the Caltrans of the future looks like. How should the Department of Corrections look? For VANTIQ and its partners, if it’s all about COVID-19, you’re not going to be successful. You should be thinking about CAL FIRE, the Department of Transportation. Education. Water. Corrections. Those are the best places for a company like VANTIQ, with the technology to ingest a whole bunch of data, make sense of it and spit it out as information that government and citizens can act upon in real-time.

Kevin: The best way in is to have a prototype. An example of how it could work and then team up with an integrator to put an application together and drop it in a matter of days. They’re going to want to see it, kick the tires and play around with it. There are so many potential applications for VANTIQ technologies to help the government with its most pressing problems, providing the real-time information needed to make the right decisions and to run things more efficiently and effectively. Now is the time to show them how. 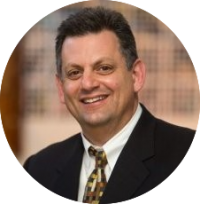 Paul has held several senior administrative roles with the State of California, including Undersecretary of Operations for the California Technology Agency. 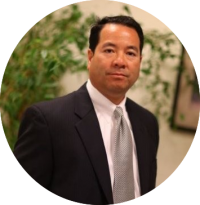 Kevin has held several senior technologist positions, including former CIO at the California Department of Education.

Tweet
Pin
Share
Share
0 Shares
Vantiq
Newsfeed
View All News
San Francisco – August 26, 2020
Vantiq 1.29 Release Adds Service Catalog, Vantiq Views, and Other Powerful New Features!
More
Washington D.C. – May 20, 2020
VANTIQ Recognized By SIAA CODiE Awards as Best Platform as a Service for 2020
More
Webinar
Upcoming Webinar: Bring BIM to Life - Using Real-time Data and Digital Twin Technology for Building Operations
More
This website uses cookies to provide you with a better user experience. By using our site you agree to the use of cookies as described by our cookie policy. If you do not want to accept all cookies from our website, please see our cookie policy on how to modify the types of cookies that are accepted by your browser client.
VANTIQ Privacy Policy
Agree